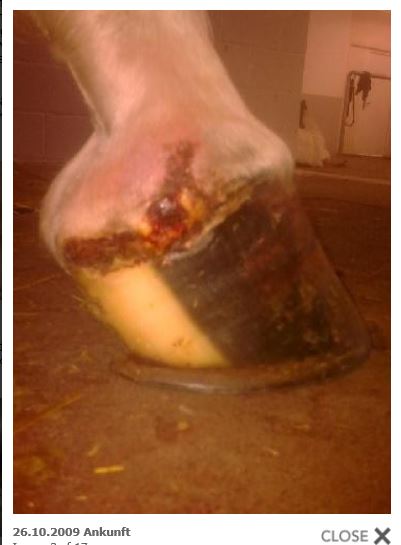 The mare was brought in on Monday evening, October 26th, 2009, with a large, oozing two-week-old injury on the crown. Attempts to stitch the wound were made after the accident, but with no great success. The horse was always bandaged until it got to us. First picture from October 26th, 2009

We removed the bandage and treated the injury with vetdrop 3 times a day. From the second day on, the mare was walked on the treadmill for an initial 10 minutes, which was then gradually increased to 30 minutes.

The problem was not the open wound - we closed it within a few days as promised - but that the horse came to us too late and the coronet had started to deform. It grew past the hoof - now the horn needs to be rasped off to achieve normal growth. The horse is not lame, but can only be moved in step for the time being until growth normalizes and the hoof takes on the correct shape, which will certainly take three weeks.

Conclusion - if we had got the horse straight away, we would have closed the wound without stitching and there would not have been such an excessive reaction of the cornea on the coronet. The horse would be ready for use again a week ago - that is an incredible cost saving.

October 28.10.2009, XNUMX. The wound responded well to the treatment and the injury was mostly dry - you could see how the injury began to close from the inside out: 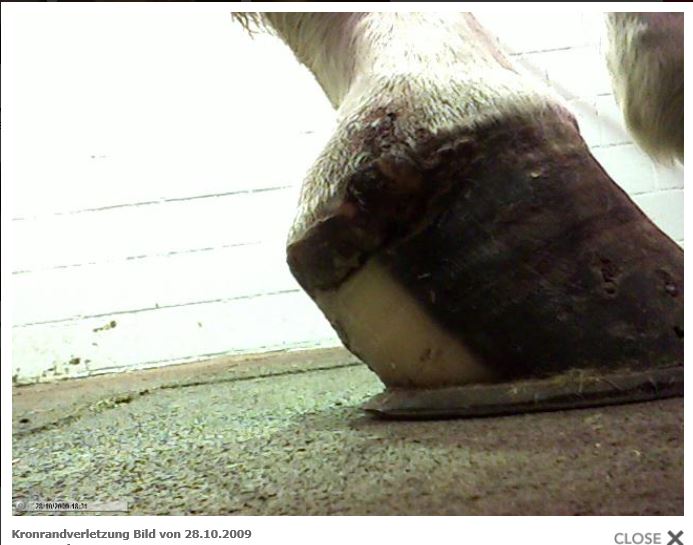 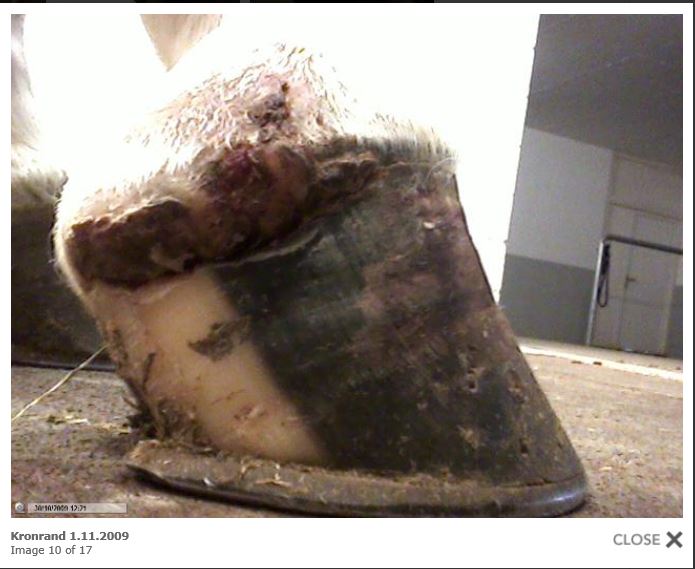 We use cookies on our website. Some of them are essential for the operation of the site, while others help us to improve this website and the user experience (tracking cookies). You can decide for yourself whether you want to allow cookies. Please note that if you reject your application, it is possible that not all functions of the site will be available.